Read in the NKJV   Join Discussion

And the lot of the children of Joseph fell from Jordan by Jericho, unto the water of Jericho on the east, to the wilderness that goeth up from Jericho throughout mount Bethel,

2 And goeth out from Bethel to Luz, and passeth along unto the borders of Archi to Ataroth,

4 So the children of Joseph, Manasseh and Ephraim, took their inheritance.

7 And it went down from Janohah to Ataroth, and to Naarath, and came to Jericho, and went out at Jordan.

8 The border went out from Tappuah westward unto the river Kanah; and the goings out thereof were at the sea. This is the inheritance of the tribe of the children of Ephraim by their families.

Joshua gave Caleb Hebron, the city that had so frightened the ten spies because of the giant Anakites. Trusting in the Lord, 85 year-old Caleb drove out the Anakites and then marched against Kiriath Sepher. Othniel, his nephew, conquered it, and then claimed Caleb's daughter Acsah as his reward.

Sadly many others in Israel did not share Caleb’s faith. The Judahites could not dislodge the Jebusites from Jerusalem, and 16:10 says the Ephramites did not dislodge the Canaanites. By letting these foreigners stay in their midst, the Ephraimites were endangering themselves spiritually. Their future shows them lapsing into idolatry until the Lord was forced to say through His prophet, “Ephraim is joined to idols: let him alone" (Hosea 4:17). In the chapters that follow we read that the Manassites were not able to occupy some of their towns, for the Canaanites “were determined to live in that region;” and the Danites had difficulty taking possession of their territory.

If they would have had faith to make the effort, the Lord would have given them the victory as He did Caleb. Thus the way was prepared for future apostasy. Will our faith stand against the world around us?

This week's chapter(s) from Faith and Works 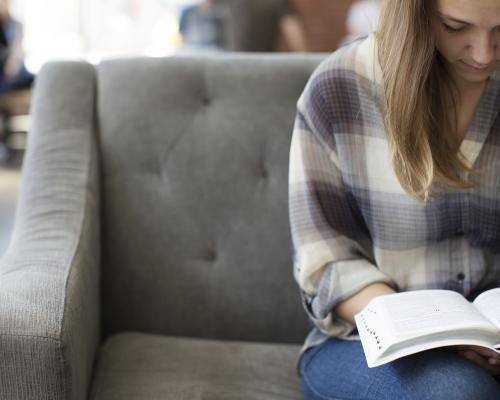 How to Maintain a Daily Connection with God

Jesus showed His disciples through His daily life how to maintain a connection with His Heavenly Father. What He taught them is also vitally important for us today. We pray that you are blessed by this short devotional sharing time with Elder Wilson. 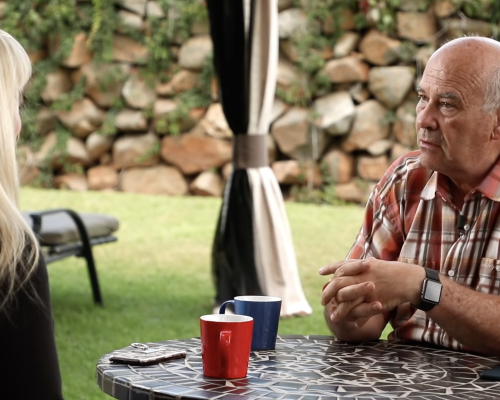 Listen to this amazing and inspiring story, shared by Cami Oetman, and others in Adventist World Radio, of how God inspired the start of a massive cell phone evangelism effort. This initiative really is a great way to get involved. It's practical, relevant, and anyone, anywhere can participate. Watch this story and pray about how God might want you to take part.

Find out how a blind woman and the most introverted person in a church are using cell phone evangelism to reach out and share with others. This second part of a testimony series, hosted by Cami Oetman, is sure to inspire you to get more involved in sharing the good news of Jesus soon coming. If there's a will, there's a way, and there are plenty of ways to get involved in Total Member Involvement.