The Literal, Simple Sense of Scripture

During the General Conference Session in Atlanta, a few years ago, I overheard a dialogue regarding slavery in the New Testament. One party seemed to say that God agreed to some extent with slavery because that is what the Bible says. This person argued that God did not forbid it but only gave instructions to moderate it. Following this line of thought, slaves should be subject even to the unjust masters because that is what the Bible says (1 Peter 2:18). This was a view of the literal, simple sense of Scripture. It is, of course, an extreme example, but there is a growing trend in some sectors to interpret the Bible in this way.

In October 1540, Martin Luther wrote the following: “When I was a monk, I was an expert at allegorizing Scripture, but now my best skill is only to give the literal, simple sense of Scripture, from which comes power, life, comfort, and instruction.”1

Luther was right. Over centuries the Bible was robbed of its power and usefulness by an allegorical interpretation of its message. One example was the allegorical interpretation of Song of Songs. Origen, for example, who wrote a massive commentary of 10 volumes on the Song of Solomon (A.D. 240–245), interpreted Song of Solomon 2:3 (“As an apple tree among the trees of the forest, so is my beloved among the young men. With great delight I sat in his shadow, and his fruit was sweet to my taste”)2 in the following way: The passage does not refer to Solomon’s song to his bride (see 1:1) but to the love between Christ and His church. The comparison of the groom to the apple refers to the superiority of Christ over heavenly ministers. The taste and smell of the apple suggests that Christ is the bread of life. The trees of the woods are the teachers of heresy. The shadow is the gospel in the Old and New Testament. Similarly, Hyppolytus interpreted the two breasts of Song of Solomon 4:5 as the old and new covenants that Christians suck upon.3

Though these interpretations may have been well-intended and pious, they are simply not what the Bible says. They substitute God’s message with the product of brilliant human minds and, in the process, the message of God is diluted and its usefulness obstructed. (Sadly, some of the sermons heard at church are also well-intended, pious, allegorical interpretations of Scripture.)

Having said this, what does it mean to read the Bible in its literal, simple sense?

The fact is that a consistent literalistic interpretation of Scripture is not possible. Some biblical instructions can be applied only under a theocracy (for example, stoning an adulterer [Deut. 22:24]), and other instructions were explicitly discontinued with the coming of Christ (for example, instructions about sacrifices [Heb. 10:15–18]).

There are other cases in which the Bible (even the same author) is internally self-contradictory. For example, Paul instructs widows under 60 years of age in Ephesus to marry and have children (1 Tim. 5:9–14) but advises widows in Corinth to remain single (1 Cor. 7:8, 40). It is impossible to obey both.

There is, however, no contradiction. Under divine inspiration, Paul instructed widows in those two cities differently because the circumstances were different. Thus, a consistent literalistic interpretation of Scripture is really not possible. Not even A. J. Jacobs was really consistent in his attempt to live one year biblically as the title of his book asserts (The Year of Living Biblically: One Man’s Humble Quest to Follow the Bible as Literally as Possible.)4 A literalistic interpretation of a passage may seem pious. A literalist may say: “This is what the Bible says, and I just obey.” In the end, however, literalists can emphasize only some passages that agree with their opinions and apply them “literalistically” but ignore or interpret others.

So, what should I do? Probably the following illustration may help. The Bible contains instructions that God prescribed as “medicine” to Israel, Jonah, Ephesians, Corinthians, and many others in biblical times. This “medicine” was designed to address a particular need in them. As any physician will tell you, the same medical treatment cannot be applied to different patients, even if they have the same disease. The biblical instructions were divinely inspired doses prepared to help a biblical “patient” recover in a specific circumstance.

This is extremely helpful to us, but we cannot apply it directly. We need to see what other divinely inspired “doses” or “treatments” were applied in different sections of the Bible to the same or similar “diseases.” We need to let the Bible interpret itself so that with the help of the Holy Spirit we may reach a conclusion regarding what God would “prescribe” today for us. This and requires careful reflection and above all the guidance of the Holy Spirit.

Felix H. Cortez PhD, is Associate Professor of New Testament Literature as well as Director, MA (Religion) Program and Seminary Affiliations & Extensions for the Seventh-day Adventist Theological Seminary at Andrews University. This article was originally printed in "The Perspective Digest," a publication of the Adventist Theological Society, and is being reprinted with permission.

For more from the Adventist Theological Society, click here!

2. Unless otherwise noted, all Scripture references in this column are quoted from the English Standard Version of the Bible.

How should one read the Scriptures? How do we read the commands given in the Old Testament about how to treat slaves, how to perform sacrifices, or how to interpret the Song of Solomon? In this short article, Dr. Felix Cortez shares how the literal simple use of Scripture should be our mainstay when approaching God's Word. 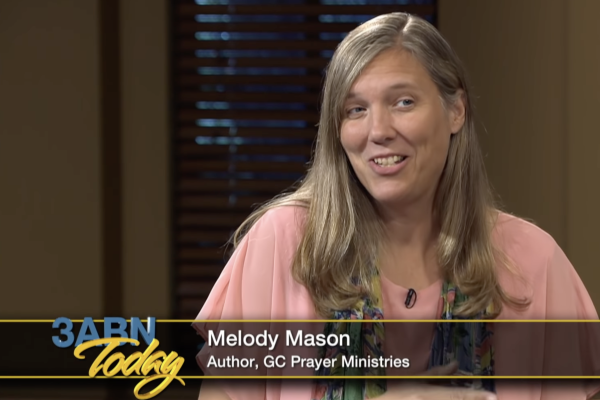 Daring to Live by Every Word

In John 14:23 we read, "If anyone loves Me, he will follow My Word; and My Father will love him, and We will come to him and make Our dwelling with him." In this 3ABN Today program, Angela Lomacang talks with Melody Mason about what it means to live by every Word. We pray this program encourages you and inspires you in your journey with Jesus. 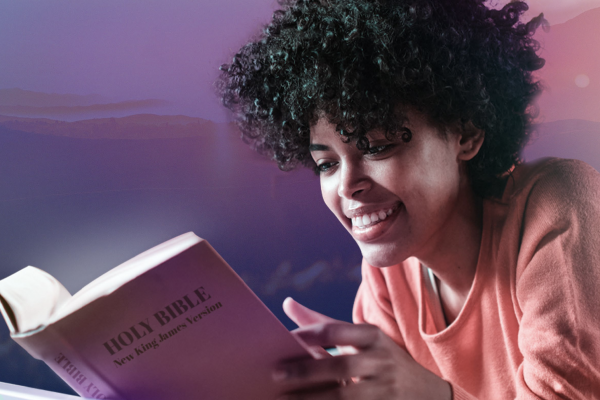 These "God First" Fall '22 Week of Prayer materials, organized by the General Conference Stewardship Department, aim to help church members grow in practical ways by cultivating a “God first” lifestyle. Of course, we all know this is only possible when we receive a change of heart, through the power of the Holy Spirit. This is our greatest need! The transformation process is activated and expands when we choose to commit and recommit. The Stewardship Revival Week provides the space for this to happen. Even though the “God First” principle should affect all areas of life, these messages cover eight aspects related to developing our intimacy with God and our trust in Him. We pray you are blessed! 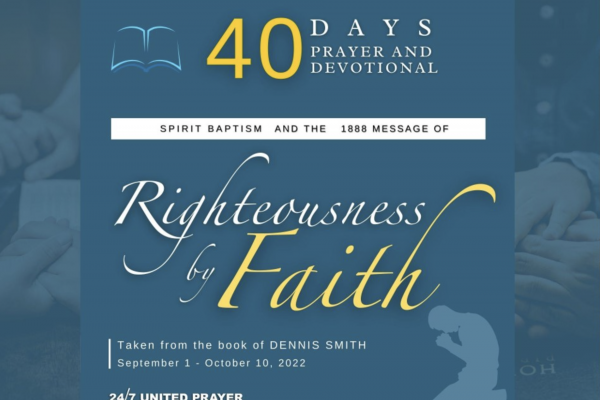 In 1888 a very precious message was given that lifted up Jesus as never before. It was a message that the church desperately needed. Join us for 40 days, already in progress, as we study this much needed message of Righteousness by Faith. Dates for this special prayer emphasis are October 11 to November 19. Please join us if you are experiencing the following challenges: • You struggle continually with sin and cannot gain the victory. • You feel hopeless, powerless, and worthless. • You don’t know who you are or why you are here. In this study and prayer time, hosted by 24/7 United Prayer, you will learn heart-changing truths that will change the way you relate to God and to life. You will also understand how to grow faith and rest in Christ' righteousness in the midst of temptations, trials, and difficulties. Don't miss this great oppourtunity to learn and grow together in Jesus. Be ready to embrace the 1888 message and share it with the world.