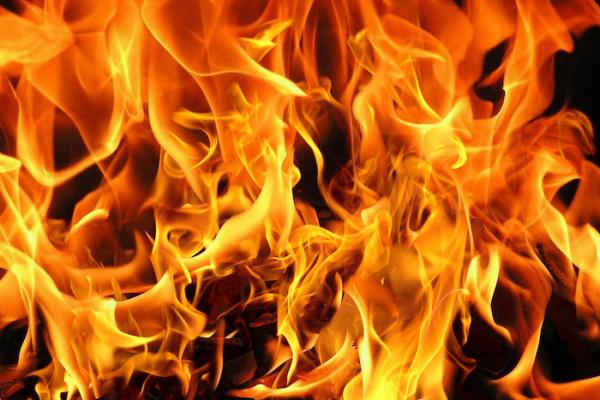 Baptized by Fire – Part I

It was during my senior year at Southern Adventist University (Collegedale, Tenn.) that I found myself sinking into the quicksand of doubt. I grew up in an Adventist home (my father and grandfather are both Adventist pastors), and practiced Adventist standards and lifestyle, but had never experienced Jesus on a personal level. My doubts multiplied until I wondered whether God existed; and if He did, whether He made a difference in anyone’s life.

I was studying religion at the time, preparing to follow my father’s and grandfather’s footsteps. But I became so disappointed by the apathy I saw in some of the churches I attended, apathy reflected in my own life, that I vowed never to go into the ministry. I’d explore some other options—maybe dentistry or law.

My parents, concerned about the spiritual struggles I was having, applied for me to participate in a short-term mission experience with the Korean American Youth Adventist Missionary Movement (KAYAMM), spending three months in a foreign country. When I heard what they had done, I was furious. I refused to go. “What can I possibly do in three months in a foreign country, where I have no clue about the local language or culture?” I asked them.

They were insistent. “OK,” I said to myself, “I’ll go to some country, enjoy a three-month vacation, come home and take up where I left off.”

Full of doubt and skepticism, I attended the orientation sessions. As I looked at the other kids who were there for training I thought, “How can they be missionaries? Many of them have just graduated from high school.”

My luggage and I were soon on our way to the Philippines. After flying from Manila, my outreach partner, Seong Hoon Jeon, and I spent two days on a boat, a half-day on a crowded bus with no air-conditioning, and a few more hours on a jeepney. Motorcycles took us up a trail that was impassable for cars. Our destination was Pag-Asa, a small village at the top of a mountain in the Sarangani Islands of the southern Philippines.

When Seong Hoon and I arrived, we were in shock. We didn’t know what to think. The village was primitive. The people were unbelievably poor. We were supposed to sleep on the floor of the elementary school, but ants scurried all over and mosquitoes were everywhere. Scorpions found their way into our sleeping bags. Nothing prepared us for these kind of conditions. We didn’t know if we could survive a week, let alone three months.

I suppose that’s when we realized that we wouldn’t survive without God. During that first week Seong Hoon, a recent high school graduate, read his Bible for hours at a time without stopping. “What’s gotten into you?” I asked.

“I miss my mother,” he replied. “This is the only way I can stop missing my family so much.”

Life in the village was not easy. There was only one water pump. We used that water to drink, cook, bathe, and wash our clothes. The humidity was oppressive! We’d cool off by pouring well water over our heads. By the time we got back to the school (carrying water containers for drinking and cooking), we were drenched in perspiration again, wishing we could take another shower.

During those first few days I often thought about quitting. Then I remembered some advice offered by one of my teachers at Southern Adventist University. When I was struggling with my spirituality, he said, “Pray to God, and show Him that you need Him.”

I was trying to live without running water and electricity; the only thing I could do was ask for God to help me get through it. When I surrendered my ego to Him, He began changing things in a drastic way, and it was at this point that prayer became a huge part of my journey…

(Testimony to be continued in the April 21 United in Prayer feature blog.)

Jiwan Moon is the Public Campus Ministries director for the General Conference. He is also the associate director for Adventist Chaplaincy Ministries. He resides in Silver Spring, Maryland, along with his wife and three daughters.

• PRAYER REQUEST: Please continue to pray for those affected by Cyclone Idai and the flooding in Mozambique, Malawi, South Africa, and Zimbabwe. Thousands of people are still trying to put their lives back together and need our prayers.

• PRAYER REQUEST: Please uplift the staff and students at Mozambique Adventist University in Beira. The buildings were seriously damaged as a result of the cyclone. Please pray for the repairs that need to be made.

• PRAYER REQUEST: Please pray for the Total Member Involvement meetings scheduled to take place across India, June 12-13, 2019. Pray for God to work in a mighty way in these meetings!

• PRAYER REQUEST: God really blessed the Total Youth Involvement event in March. We hope to share reports soon. Please pray for the many people who made decisions for the Lord during the youth evangelistic series, that their commitment will stay strong and that they will have adequate discipleship.