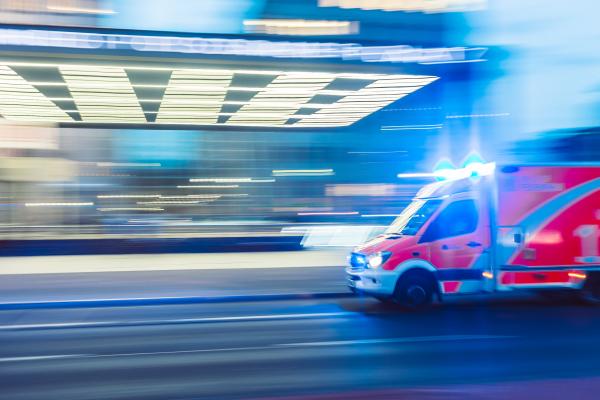 Imagine praying a short prayer, without thinking much about how God would answer. That was Marli Peyerl’s experience. Before working for the South American Division as the Women’s Ministries leader, Marli and her husband worked for the Mato Grosso Conference in Midwestern Brazil.

It was a Saturday morning in São José de Quatro Marcos, and Marli sat in a church pew, quietly waiting for Sabbath School to begin. A woman sat down next to her and Marli somehow felt that something extraordinary was about to happen.

“The woman told me that her first husband had been killed and her current husband found out about the Gospel in prison. He was baptized; however, he wanted the blessing to extend to all his family. She told me that he had instructed her to seek out an Adventist temple and that soon she would be baptized, too,” Marli says.

As Marli listened to the woman’s story, she became emotional. She suddenly recognized the woman, and remembered her role in the story. The woman’s name was Edilaine.

Several years before, on yet another Saturday morning, Marli had attended church in the city of Campo Grande, in Mato Grosso do Sul. As she made her way home around noon, she saw that a woman and a child had fallen off a bicycle and were seriously hurt. The child was crying. Marli quickly stopped the car and went to help them.

Marli learned that they were fleeing from the husband, who was a drug addict. The woman was drunk. “When the ambulance came, I prayed a very short prayer so God would take care of her and the child. Then the ambulance took them and I did not know where they had taken that family or the end of the story,” Marli says. She kept thinking and reflecting on what had happened and continued praying for the woman and the child.

Eight years later, God showed that no prayer goes unheard and that what is impossible for men is possible to God. Edilaine, the woman from the accident, began frequenting the church, received Bible studies, and before her baptism, she called all her non-Adventist friends for a thanksgiving service.

“We never imagined that one day God would reunite us again. Joyously and gratefully, we prayed and praised our God! It was difficult to believe that Edilaine was the woman I had met, and that after eight years, God reunited us again,” she says.

Edilaine was baptized in 2015, the year Marli and her husband were transferred to Brasilia. It’s amazing to see how God answers prayers over the space of time and years.

Bruno Raso, PhD. is the vice president of the South American Division.

From the Desk of Ted N.C. Wilson

• PRAYER REQUEST: Pray for expanded emphasis on “Revival and Reformation” throughout the World Church, for members, churches, institutions, Conferences, Unions, Divisions, and the GC, with earnest prayer during "777" for the latter rain of the Holy Spirit and the fulfillment of Joel 2, Hosea 6, & Acts 2.

• PRAYER REQUEST: Pray for a full understanding and usage of Comprehensive Health Ministry (“medical missionary work”) allowing all church members to meet people’s needs and follow Christ’s ministry of service to others.

• PRAYER REQUEST: Pray for increase of a deeply-held spiritual and evangelistic perspective by every church administrator around the world as they nurture and point church members to Christ and the unique mission and message of the Seventh-day Adventist Church founded on Rev 12:17, Revelation 14:6-12; and Revelation 18:1-4 which have been entrusted into the hands of God's end-time church. Let us plead with the Lord to guard pastors and church members to never lose the prophetic identity of who we are as the Seventh-day Adventist Church: God's remnant church at the end of time.

• PRAYER REQUEST: Pray for an increased emphasis on studying the books of Daniel & Revelation and understanding and promoting the wonderful blessings of the sanctuary service as a beautiful explanation of the salvation process. The sanctuary helps us focus on Christ and His work for us during His life on earth, His death on the cross, His resurrection, His current ministry for us in the most holy place in heaven, and His soon second coming.

• PRAYER REQUEST: Pray for more time spent by all in Bible study and prayer, allowing God to fully direct His people according to His will. This is of great importance in helping to keep us close to God and allowing the power of the Holy Spirit to reverse influences and trends of worldliness that threaten God's church and our daily lives.

• PRAYER REQUEST: Pray for strong cooperation and unity between the church organization and supporting ministries in the evangelistic outreach of the Church.

• PRAYER REQUEST: Pray for worldwide unity in every church and entity based on respect for God’s Word, humble prayer, the Holy Spirit’s power, respect for accepted church policy/process and full engagement in the mission of the Church in proclaiming the three angels’ messages of Revelation 14 and the fourth angel of Revelation 18.