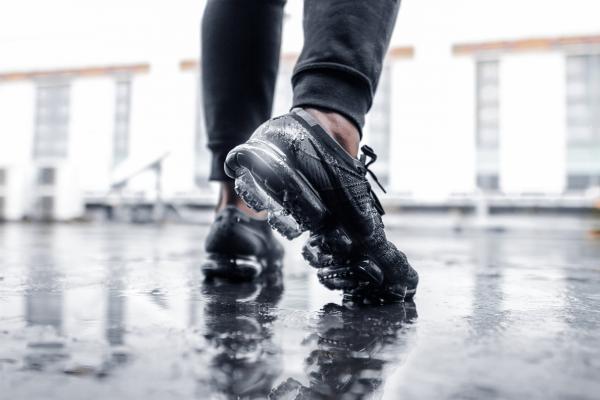 “Give Me Strength to Take the First Step!”

When Daniel Amattaeran was 11, a neighborhood boy introduced him to hip-hop dancing in Suriname’s capital, Paramarebo. Daniel had seen the dancing on television but never in real life. He was amazed at the flips, handstands, and people jumping on one hand. He noticed that girls liked to watch the dancing, and he wanted girls to watch him. He learned how to dance. Daniel loved dancing, and he won local talent shows and even a trip to the Netherlands. His popularity soared, and girls crowded around him.

One day Daniel was sitting on his bed, thinking, and he sensed a voice asking, “What do you want to do with your life?” Surprised, he wondered whether the voice might be the Holy Spirit. His parents had taken him to church as a young boy but hadn’t attended in years. Daniel didn’t like the idea that the Holy Spirit might be speaking to him. He liked the fame and fun of the world.

“God, not now, not now,” Daniel said. He resolved to dance until he was old and then, when he couldn’t dance anymore, go to church.

Daniel began to have nightmares about being attacked by demons. One night he dreamed about the Second Coming. He saw Christ, wearing white, in the clouds. The world was ablaze with fire, and people were running about and screaming. Daniel woke up with his heart pounding. “I am lost. I am lost. I am lost,” he thought. “I have to come back to God.”

But he didn’t. Several years passed and, at the age of 19, he moved in with non-Christian relatives as he studied at college. One day, he noticed a DVD titled “The Truth About Hip-Hop” on the table. It was from a Christian ministry, so he was surprised to see it in the non-Christian home. “Who bought this?” he asked his relatives. No one knew where the DVD had come from.

Daniel watched it and was astonished to hear that hip-hop has gangster origins and is associated with murder, violence, and illegal drugs. He was confused. “Hip-hop seems to be connected closely with evil things,” he thought. “I don’t like that. I thought it was just about singing, having fun, and having lots of girls.”

He asked a dance friend if the DVD’s content was true. “It’s not true,” the friend said. “Anyway, who cares?”

Daniel kept dancing — but he also started going to church with an Adventist cousin. Halfway through month long evangelistic meetings, he stood when the preacher asked those who wished to be baptized to come to the front. But his whole body was trembling. He sensed two voices arguing in his mind. “Are you going to leave dancing for this?” one voice said. “Are you going to leave money, girls, and fame?”

“Choose Jesus,” the other voice said. “He is the only way.” As he wavered over whether to go to the front, the preacher urged those who were undecided to come forward.

Daniel thought about money, fame, and girls — and sat down. At home that night, he fell on his knees and prayed, “God, if you want me to repent, show me a sign tomorrow. Give me the strength to walk forward if the preacher makes an appeal again.”

The next night, the preacher made another appeal. Daniel stood, and his whole body trembled violently. Again, he sensed two arguing voices. “God,” he prayed, "give me the strength to take a first step to the front.” At that moment, he felt a gentle push on his back. He took a step forward. After that, it was easy to take the second step, and soon he was standing at the front.

Today, Daniel is 29 and studying to be a pastor at the University of the Southern Caribbean. He also calls himself a Facebook evangelist, posting inspirational videos and giving Bible studies on Facebook for six years. Twenty-four people have been baptized as a result. “God has been gracious to me,” he said. “So I take mission seriously.”

• Pray for the University of the Southern Caribbean, where Daniel Amattaeran studies, in Trinidad and Tobago. The university is preparing to open a Better Living “center of influence” on the campus to train students to be missionaries. Pray that God will bless this endeavor.

• Pray for this week’s Adventist Mission unreached people group, the Nigerian Fulani. Located in Nigeria, Cameroon, Central African Republic, and Chad, the Nigerian Fulani are a semi-nomadic people. They have been grazing the same lands for centuries. Please pray that as more land is privatized, the Fulani are able to provide for their families. Also, join us in praying that this people group of over 16 million people comes to know Jesus. Only 0.08% of the Fulani are Christians.

• Pray for all the young people you know by name as they face many challenges starting a new school year with COVID19 still affecting our lives. Pray for the teachers and those who will be teaching via online avenues that God will give them wisdom and creativity.