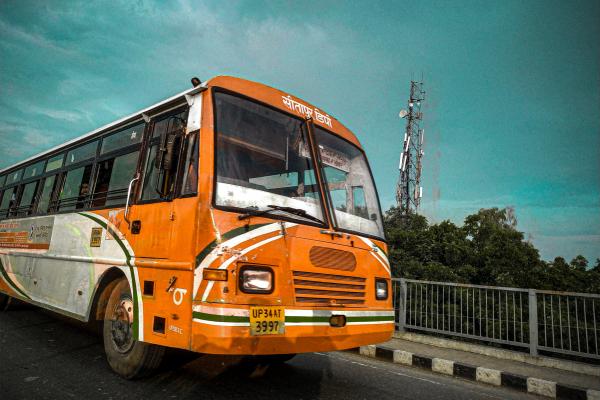 It was on Thursday, February 12, 2015 that our good and merciful Father delivered me from an untimely death from armed robbers.

On that fateful day, I was on my way from Idah to Okene for a three-day stewardship seminar as the Stewardship Department director of Kogi Region, in the North-Western Nigeria Union Conference. I fasted and prayed for three days prior to the program. I set out on my journey at about 11:30 a.m. on a commercial vehicle.

The two-hour journey was smooth until few kilometers from Okene when about four armed men jumped out of the bush and forced the vehicle to stop. As the driver immediately engaged the reverse gear, six other armed men blocked us from the back. The driver had to stop and the armed men ordered us come out and lie down, but I did not lie down. I offered a silent prayer.

They commenced a quick search of all on board. It was at this point that the phone I was holding rang as the pastor of the church I was going to was anxiously waiting. One of the armed robbers grasped it from my hand and attempted to pocket it. I was moved to grasp it back, which I did. This provoked him. He moved to the car and picked my laptop; again I snatched it from him and dropped it back on my seat.

I was not afraid at all because the Holy Spirit kept reminding me of the promise found in Isaiah 41:10-13. My confidence increased tremendously. The armed robber from whom I snatched my phone and computer became furious. He pointed his gun to my chest and pressed the trigger but the gun would not fire. Then he beckoned to a colleague of his who also had a gun. He narrated what had happened to him, and in anger his friend, too, pointed his gun at me and pressed the trigger, but his gun did not fire. He then pointed his finger to me and said “You will see.” With confidence, I replied, “See what? In Jesus’ name!”

As I said this, a team of nine armed men in police uniform appeared and engaged the armed robbers in a shoot-out. The fire power of the police was greater than that of the robbers, who abandoned their mission and rushed back into the bush. I noticed that the guns of the robbers that would not fire when pointed at me, fired when they were engaged in a shoot-out with the police.

Another strange thing was that the police men appeared on the scene without a vehicle—they just showed up with their guns. After the robbers ran away, the police told me that they that they would go and clear the way ahead and promised to return. After over 30 minutes of waiting, and they were nowhere to be found, we boarded the vehicle again and continued with our journey. I arrived safely in Okene and conducted the stewardship seminar successfully.

Kehinde Alao is a pastor in the Western Nigeria Union Conference.