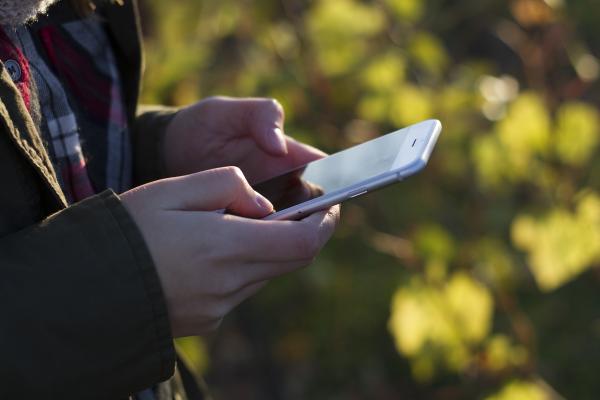 By Willie and Elaine Oliver

Our friend, David*, is a dedicated and faithful member of the Seventh-day Adventist Church. We’ve known each other for most of our lives. David is also a husband, a father and a grandfather, very involved and engaged in the life of his family. Although a committed and conscientious high-powered professional, he has been mindful to strike a careful balance between work, church responsibilities and family.

A few weeks ago, David sent us a text message stating he needed to talk with us as soon as we had a chance. We could hear the urgency in his tone and determined to make the time to connect with him as soon as we were able, despite our difficult schedule during a shocking pandemic ravaging the world. We opted to communicate by Zoom.

To be sure, our prayers had been ascending to God on David’s behalf from the time he indicated his desire to speak with us. We asked God to give us the needed insights and words that would serve as encouragement and support to our friend.

The moment finally arrived. We were now face-to-face with David on Zoom. When we saw his face, we knew something was terribly wrong. Our friend who had been an outstanding professional for many years and had worked for prestigious firms in different parts of the United States was terribly concerned that he was about to lose his job in the midst of an awful pandemic.

The new chief executive officer (CEO) of David’s company—where David had worked successfully for several years—was looking for any reason to fire him. With huge financial responsibilities facing him each month, combined with the private sector hemorrhaging jobs during the pandemic, he could hardly afford to lose his job at this time and at this stage of his life, despite his formidable savings and investments.

Our response to David was empathy for what he was facing, and the only answer we could share as life-long believers and Adventist workers for decades. “You know,” we said, “there isn’t anything too hard for the Lord. Let’s take this concern to Him in prayer.” And we did.

Together with David, we fervently spoke with God on Zoom that day. We told God we trusted Him with David’s future and were confident He could do much more than we could ask, think or imagine about the ominous reality David was facing.

Three days later David called us. We could clearly hear the joy and peace in his soul. “The board of directors met with me earlier today,” David said, “they told me I was an asset to the firm, and they needed me to remain in my position.” The other part of the story was simply incredible; the new CEO was advised by the board not to ever bother David again.

What a mighty God we serve! He closed the lions’ mouths so Daniel could live. Now He protected our friend David from a ferocious CEO. Let’s trust God today and every day as we embrace anew the message of Luke 18:1 that we “…ought always to pray and not lose heart” (ESV). Remain faithful!

Willie and Elaine Oliver are directors of the Department of Family Ministries for the General Conference of Seventh-day Adventists at the World Headquarters in Silver Spring, Maryland, USA. *David is a pseudonym.

• Pray for those struggling financially due to COVID restrictions and lockdowns. Pray that we as a church family would help bear one another’s financial burdens.

• Pray for the health of the elderly and immune-compromised individuals as we enter colder months in the Northern hemisphere.

• Pray for the upcoming Day of Prayer and Fasting held January 2, and the Ten Days of Prayer occurring January 6-16,2020. Pray that many people will participate in these special prayer events as we continue forward on our knees.

• Pray for this week’s Adventist Mission unreached people group, the Northeastern Thai. "And how can they believe in the one of whom they have not heard?" (Romans 10:14) It's easy to think that the majority of the world has heard the gospel. But that's just not the case. In northeastern Thailand, there are over 18 million people and only 0.4% are Christian. Would you join us in praying that the Northeastern Thai have the opportunity to know and follow Christ?