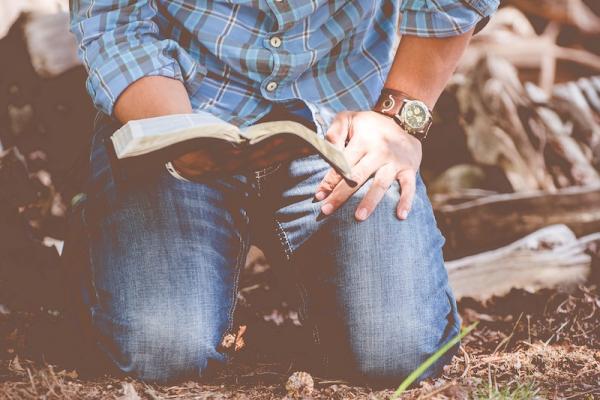 I Am a Child of God

I have experienced what seem to be mini revivals throughout my life. One such important revival happened soon after my parents’ separation. I did not have the best relationship with either of my parents leading up to this point. I had always struggled with acceptance and belonging and often sought acceptance from those outside of my family because I had wanted little to do with the family.

There came the point while studying the Bible, especially going through the lives of David and Jesus, and then comparing them, that I had to confront the issue of acceptance and belonging. Here were two men who were outcasts, not accepted by their own family, persecuted, and yet who showed great strength in the midst of it all and confidence in who they were.

The Word of God has a way of revealing to us our many shortcomings. In Exodus 34, Moses asked God to show him His glory, and God proclaimed His goodness and mercy to Moses but ended the proclamation with the phrase, “and that will by no means clear the guilty; visiting the iniquity of the fathers upon the children, and upon the children’s children” (v. 7, KJV).

Was God visiting the iniquity of my parents upon me? It was not that He blamed me for what they had done, but it became evident that, unless we let Him intervene, we may well repeat the same mistakes.

How was I to escape this vicious cycle?

The answer came by seeing that both David and Jesus had a Heavenly Father, One who does not sin. I needed a new Father as well. Could God really accept me as His son?

I knelt with my face to the ground and asked a simple question: “Lord, would You accept me as Your son?”

It was not my imagination. The word that came back was a voice, and it said loud and clear: “Always.”

I began to cry. I was overwhelmed by peace and contentment I had never experienced in my life. I now belonged to someone.

The following week was easily one of the worst weeks in a long time, but nothing seemed to phase me. I was far too preoccupied with the joy that I was a child of the Most High God!

What I had learned was a central truth to revival that we are prone to forget: Revival denotes life and thus signifies proximity to the Life-Giver. Too often, when seeking revival, we focus on receiving God’s power. Even the Holy Spirit is treated more like a thing rather than a Person when we ask for revival. The power of God is not just some thing that is bestowed upon us in order to perform great things, but, rather, the power of God comes as the very presence of God, who performs great things.

With that comes the assurance that we belong to Him, and so we rise above difficult situations, our weaknesses, and the things of this world that seek to attack our confidence in our Father.

Revival can come only after a season of complete brokenness, a season of searching for who we are in Him. When God finally sees a heart that He can truly inhabit, then His natural response will be to fill it, not just with the power of the Holy Spirit but with Christ by way of the presence of the Holy Spirit. True revival is a new and true relationship with God Himself, who is Life itself.