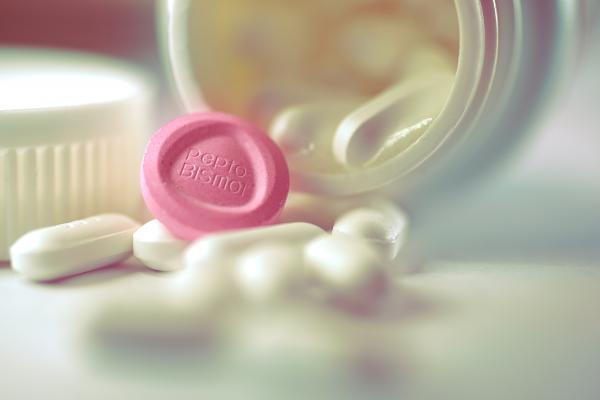 Little Medicine and Much Prayer

(At the time of this testimony, Jiwan Moon and another young adult, Seong Hoon, were student missionaries in a remote village in the Philippines. This testimony is part of a three-part series, continued from the April 14th United in Prayer feature blog. Here's part I if you missed it.)

The villagers came to us with many kinds of diseases—especially skin diseases. They didn’t have clean water and often they used the same water to bathe their cattle and their children. The only medicine we had was a mild antibiotic lotion. We felt helpless.

We decided that if nothing else, we could pray for the children who were brought to us. Amazingly, every child we touched and prayed over was healed. Seong Hoon and I couldn’t believe our eyes!

Pepto-Bismol was the only medicine we had that was even remotely connected to stomach problems. I knew Pepto-Bismol didn’t work for ulcers, and even if it did, an ulcer isn’t cured with one dose. I didn’t know what to do.

“You have to do something,” our translator said anxiously. “They’ve come from the village across the river.”

I did the only thing I could do. I told the man, “The only medicine we have is Pepto-Bismol. It’s not for ulcers, but I’ll give it to your son anyway. The only other thing we can do for your son is pray for him.”

I could tell that the man was reluctant, but he allowed us to continue. “Lord,” I prayed, “we don’t have medicine for this young man, but please heal him.”

After the prayer, I promised the captain I would visit him again with better medicine. Two days later we went to see the captain. “Where is your son?” we asked. “We hope our medicine didn’t cause any problems.”

“My son is in the cornfield,” the man said with a big smile. “He’s fine. Thank you very much.”

I couldn’t believe my ears. What had we done? I knew it was God’s power that had healed the boy. When we saw God working through us, we changed. We no longer feared anything. We crossed rivers to teach the Bible. We spent hours climbing a mountain just to visit one family.

After days of visiting the surrounding area, we decided to hold an evangelistic series. We borrowed an electric generator from the Southern Mindanao Mission, then went to different villages, inviting people to the meetings. We were excited to tell people more about God and how He could bring happiness to their lives. But we didn’t count on one thing: the weather!

On most days it rained at least twice a day. The day our meetings were to begin, it rained the whole afternoon. We began to worry. The meeting was supposed to begin at 6:30 p.m. At 6:00 some of the people came to see if the meetings would take place. We might have to postpone our meetings, I thought to myself. Then I thought, No, this cannot happen. This meeting cannot be postponed. We have only a few days to tell these people about our Savior. There’s no reason God would not want us to have this meeting.

I told everyone, “God wants us to have these meetings and Satan is trying to discourage us. Let’s pray.” Six of us began to pray. When it was my turn, I said, “Lord, we know that the rain will stop, but we need at least 15 minutes to set up our generator. Please let the rain stop before 6:15.”

After we said amen, the rain fell more furiously, as if to mock us. The others looked at me. “Let’s get ready for the meetings,” I told them. At exactly 6:13 the rain stopped. We thanked God for His miracle. We were excited to see Him working.

The weather was never again a problem during the two weeks of meetings, and at the end of the series, more than 50 people accepted Jesus as their personal Savior. On the last Sabbath, eight of them were baptized. Truly, we serve a God that delights in answering our prayers.

Jiwan Moon is the Public Campus Ministries director for the General Conference. He is also the associate director for Adventist Chaplaincy Ministries. He resides in Silver Spring, Maryland, along with his wife and three daughters.

• PRAYER REQUEST: Please pray for the Total Member Involvement meetings scheduled to take place across India, June 12-30, 2019. (Note date correction from last week!) Pray for God to work in a mighty way in these meetings!

• PRAYER REQUEST: Pray for the growing ministry of Adventist World Radio. Pray that many more will be able to hear the message of God’s love over the radio waves, and be brought to Him.

• PRAYER REQUEST: Pray for the cell phone evangelism that is taking off through Adventist World Radio. Thousands of doors are opening to share the truth as we’ve never experienced before.

• PRAYER REQUEST: Please join us in praying specifically for the following “Prayer Focus” city. Tabriz, Iran, has a population of 1,700,000. This city has been the capital city of Iran many times through history. There are some ancient Christian churches in this city, including one noted in the writings of Marco Polo. Today, Tabriz is an industrial hub, producing cars, textiles, machine tools, and more.

• PRAYER REQUEST: Please pray for God’s blessing on Tabriz in the following areas:

o Pray for the families of Tabriz.

o Pray for those who struggle with their health in Tabriz.

o Pray that the city’s most lonely elderly residents may find friendship.

o Pray for the women of Tabriz —for their safety, education, and well-being.

o Pray for the men of Tabriz —for wisdom, for their careers and their sense of purpose.

• PRAYER REQUEST: Please pray for the Holy Spirit to be poured out upon the members of the Seventh-day Adventist church, that we will have the power to be effective witnesses for God’s glory.