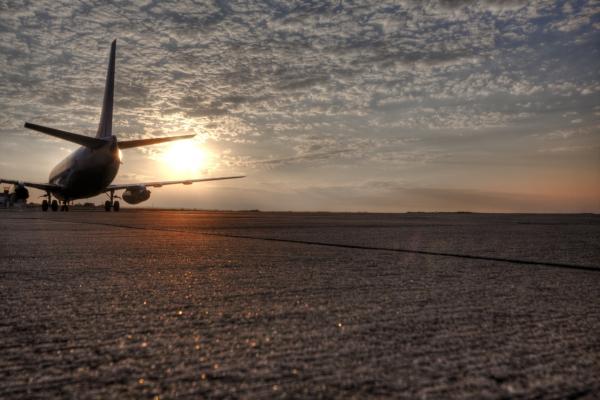 Miracles in the US Customs Line

The situation started when one of our volunteer prayer team members, Gem Castor, (who comes from the Philippines), began having problems entering the US on his visitor’s visa. He has a ten-year visitor’s visa, so there shouldn’t be any problems, but since he comes into the US so often for prayer ministry or speaking engagements, our friendly immigration authorities at US customs decided that he’s much more than a tourist. They told him this past spring that he needs to get a religious worker’s visa (R-1 visa), and that he can’t come back into the US without one. This provided a real problem for him, for up to this point, Gem has been living as a modern day George Müller, traveling and working completely by faith. He receives salary from no one, and tells no one his needs, only God. So he didn’t even qualify for an R-1 visa, as he’s not a hired employee of any organization.

As we began praying about what to do, another prayer ministries event loomed on the horizon, and Gem needed to come back into the US for a couple weeks. By faith he booked his ticket and came, even though he didn’t have the proper R-1 visa paperwork yet. We all fasted and prayed on his behalf. We prayed that God would blind the eyes of the customs officers so that they would not see the previous notations in his record that said he could not enter without an R-1 visa. And you know what? God did just that! When Gem came through US customs in California this past June, it was like they didn’t even notice the previous issues on his record. He was cleared to enter with no problems. How we praised the Lord for that answer to prayer and miracle!

Time passed and with it, God provided a solution to Gem’s immigration issues. He was offered a position with a ministry that will facilitate his getting a religious workers visa. There is only one problem—the paper work has taken longer than expected to come together. And so, once again, Gem needed to enter the US, but still didn’t have the appropriate paperwork. Since his stay was to be longer this time, we knew there could be more questions and more interrogation in the airport customs line, and unless God intervened, it was possible that he could even be deported back to the Philippines. But still, in faith, he booked his ticket and came.

I knew we desperately needed God to work a miracle, for not only did we need Gem for General Conference prayer team responsibilities, but he had a long line up of speaking and prayer ministries appointments throughout the US. Hoping to help with his pass through customs and immigration, we at the General Conference, as well as the other ministries and churches who had invited Gem to speak or lead at various events, wrote official invitation letters. Then we prayed.

I expected that our General Conference invitation letter would hold the most weight in customs, but I began praying that God would show us that it was His power that was bringing Gem in for prayer ministries, not our influence or recommendations. I specifically prayed that he wouldn’t need to show customs the General Conference letter.

Gem arrived in San Francisco, California around noon on October 1st, 2018. Just before he entered customs, he messaged me to pray. And so we prayed, nonstop. Dozens of prayer partners all over the US, and even in faraway countries like Thailand and Australia also joined us in prayer. Slowly the afternoon passed…but there was not a word from Gem. I stayed late at work just in case immigration called the General Conference Ministerial Association to verify Gem’s status with us. But no phone calls! I prayed faith and talked faith, but I began to fear the worst. Perhaps they had deported him and were sending him back to the Philippines! After almost four hours had passed, Gem called. He was in tears, tears of thanksgiving. “God worked another miracle,” he told me. “Even though I don’t have the right paperwork, they let me in.” How we rejoiced that God had answered our prayers and gotten him through customs one more time. But there was one more detail to the miracle.

“You know what, Mel?” Gem told me, before we hung up the phone. “I completely forgot to give customs the General Conference invitation letter. Somehow when all the letters were given, it was left behind in my folder.”

I just laughed in amazement as I realized that God had answered my specific prayer. He showed us all that it was not us, but His power working and opening the doors for Gem’s continued prayer ministry. God is so good. And for all those wondering? Yes, next time he enters the US, he will have his R-1 visa!

Melody Mason is coordinator for United in Prayer for the World Church, and works with the Revival and Reformation initiatives at the General Conference in Silver Spring, Maryland.

• PRAYER REQUEST: Pray that God would give each of us a greater passion for prayer, and that we would receive a greater measure of the Holy Spirit.

• PRAYER REQUEST: Pray that God would develop a stronger prayer ministries program in your local church that would provide both in-reach and outreach.

• PRAYER REQUEST: Pray for the Walk of Faith Community Center in Cleveland, Ohio, which got its start on a cold winter day when the pastor invited people at the bus stop to come in for a hot drink and a pastry. The church now has a breakfast ministry, among other ministries, and serves more than 1,000 people each month.

• PRAYER REQUEST: Please continue to pray for all those who have lost loved ones and homes in the recent tragic fires around Paradise, California. Nearly 1,300 Adventist church members have been affected with many losing everything. The devastating blaze, which began Nov. 8, scorched more than 153,000 acres and destroyed more than 18,000 structures. Thousands of residents were displaced. While the fire has finally been contained, at this point over 200 people are still considered missing from the Camp Fire.