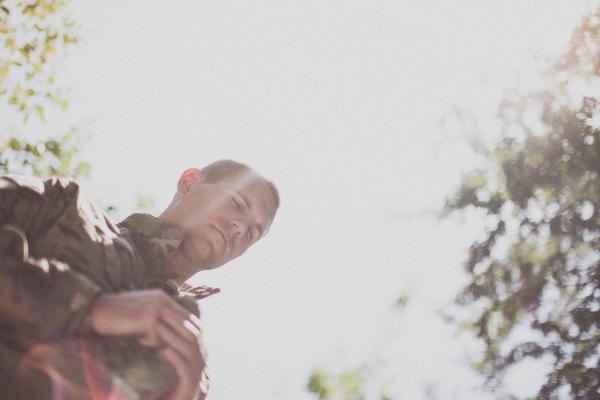 Prayer Miracles in the Midst of War!

Reese Howells was a man that knew how to dare to ask for more; not only was he praying for more resources to do the Lord’s work, and more souls for the Kingdom, but he was praying for the deliverance of nations so that the gospel work could go forward unhindered.

This powerful revivalist and intercessor built a Bible College in Wales just a few years before World War II began. Once the war began, recognizing the threat of Hitler’s regime to the spread of the gospel, he immediately rallied his staff and students, about a hundred or so, to begin interceding that God would counteract the work of Hitler and the enemy.

All during the war, the Wales Bible College staff and students devoted from 7 p.m. until midnight every night in prayer. This was in addition to an hour prayer meeting in the morning and at noon. During the hardest days of battle, they often fasted and prayed all throughout the day and often all night. While they prayed over many battles, one of the most dramatic prayer victories was evidenced by what occurred on the famous “D” Day.

After weeks and months of wrestling prayer on behalf of the Allied troops, in May of 1944, God gave Reese Howells and the praying intercessors at the Bible College the assurance that, “He was going over before the Allied troops and they would have no setback.”

One month later on June 6th, 1944 the Daily Telegraph reported that the Allied forces had successfully landed on the beaches of Normandy France. It was a staggering feat as 175,000 men were brought over in one night by way of 4,000 ships, and 11,000 planes. This was a great turning point in the war against Hitler, and later it was discovered that this was the only night of the war that no Nazi U-boats patrolled the English Channel.

While Hitler’s Nazi regime undoubtedly brought tragedy and destruction to the lives of millions, there were four more specific battles that Reese Howells and the Wales Bible College prayed for.

Towards the end of World War II, an article published by a military commentator named General J.R.C. Fuller, gave four reasons for the impending doom of Hitler and the Nazi’s. He called this article “Hitler’s four blunders.” They were, one: Hitler failing to invade Britain. Two: His failure to attacked Egypt and gain Alexandria. Three: His failing to invade and overthrow Moscow when it was so near his grasp. And finally, four: His failure in the great attack at Stalingrad.

Were these “war blunders” just merely failures on the part of Hitler, or were they because God had heard the prayers of this small group in Wales, as well as the prayers of many others, desperate to see deliverance that the gospel would not be hindered? While many may speculate, I think it’s obvious that the latter is the answer!

When we look back at how God has worked in the past, we can know He is working in the present too. Nothing has caught Him by surprise. Not wars, or rumors of wars. As we continue praying for our brothers and sisters in Ukraine and Russia, let us not forget, “Prayer is a heaven-ordained means of success. Appeals, petitions, entreaties, between man and man, move men and act a part in controlling the affairs of nations, but prayer moves heaven.” (In Heavenly Places, p. 75)

Melody Mason is an author, speaker, and the United in Prayer coordinator for the General Conference. She also now hosts her own podcast called “Daring to Live by Every Word.”