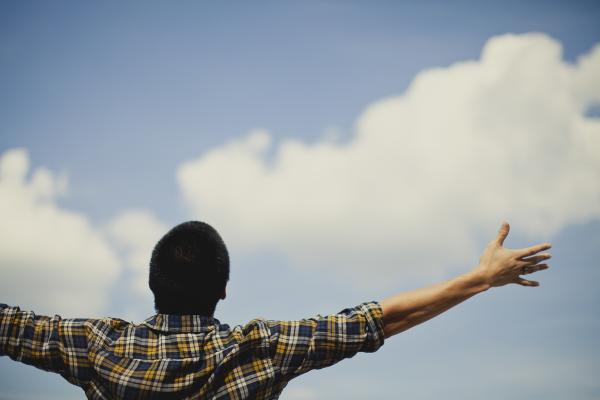 Namibia is one of the most sparsely populated countries of the world, with about two people per square kilometer. One reason for this is that average rainfall is comparable to some parts of the Sahara desert. Here in this region lives a man named Neville. Neville was in charge of planning and coordinating camp meeting. As the time for the camp meeting drew near, he and his family were sitting outside on the veranda talking. As they considered the coming event, they began to get very discouraged. It was very dry. There had been no rain for quite some time. As a result, the animals were in bad shape. There was no food, and camp meeting was looming on the horizon. Speakers had already been invited. Money had already been spent to purchase the tickets. But there was no water. What were they going to do?

With no water, Neville realized they were in a real predicament. “Should we cancel this camp meeting? Should we move it to another time? How are we going to go about this,” he asked himself, “because there are lots of people involved.”

At that point, he and his wife were convicted to kneel down on the veranda and pray for rain. When they knelt down, the skies were blue. As they prayed, however, a cloud came overhead and it began to pour down rain! The wind changed direction and kept the cloud of rain right over the area where they were.

What a beautiful testimony to answered prayer! God heard their cry and provided so that they could host the camp meeting.

However, this is only half of the miracle. Later when I visited Neville and his wife, my film crew for Adventist World Radio was with me, and we wanted to re-create the scene of the answered prayer. “How could we do this?” we asked ourselves. “Maybe we can get a garden hose and spray down water over the roof while they are praying…” Still, we weren’t sure how we could pull it off and have it look real. We needn’t have worried, for God already had everything figured out.

As Neville and his wife knelt down on the veranda in front of the camera to have a real prayer and ask for rain (they needed rain because it had gotten dry again)— right there while they were praying and while the cameras were rolling—another cloud came, and it began to rain then and there, in front of our very eyes.

Isn’t our God amazing? Two miracles in one! First He sent rain to an area of great drought in Namibia so that Neville and his friends could host their camp meeting, and second He sent rain again so we could witness the miracle taking place with our very eyes and share it with the world!

• PRAYER REQUEST: Please pray this week for the Southern Asia Division (SUD). This division has a population of 1.3 billion people with 3,000 people groups and 350 languages. However 98% are Hindus, Muslim, Sikh, and Buddhist. Only 2% are Christian.

• PRAYER REQUEST: Pray for the Holy Spirit to do what man cannot do. There are government restrictions to evangelism, so God must intervene for the gospel to go forward.

• PRAYER REQUEST: Please pray also for the Middle East and North Africa Union (MENA), comprised of 20 countries, with over 500 million people. 99% of MENA is Muslim. The Adventist membership is 3,768, in 52 churches and 20 companies. The church is either illegal or unwelcome in almost all of the countries in the Middle East.

• PRAYER REQUEST: Pray for the cities that have no Adventist presence—that God will raise up laborers for the harvest. There are 48 cities of 1 million or more people in this territory, some of which have never had a Seventh-day Adventist set foot in them.