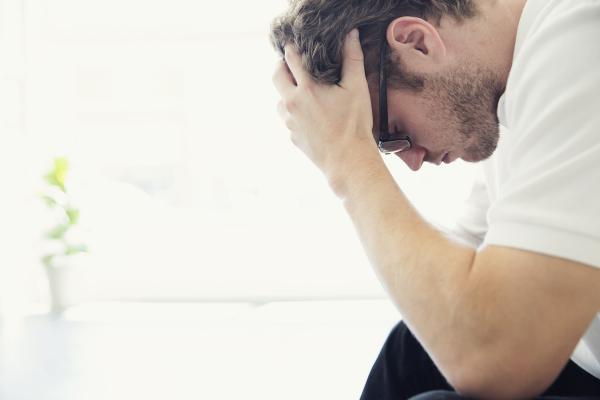 Todd sat motionless in the living room as he stared out the window of his tiny apartment. It seemed like all color had suddenly drained out of his life. His father had just phoned him sharing that his mom had breast cancer. “We don’t know yet what is going to happen, but just pray son!” his father had told him with quivering voice. “You know how to pray.”

Todd hadn’t moved since he’d received the phone call. He hadn’t cried either. Still reeling in shock, he struggled to take everything in. Then his dad’s final words pierced his heart again. “You know how to pray.”

Todd was a seminary student preparing for the ministry. He was active with the youth at his local church, and had already graduated from a well-known Christian university. He’d been raised in a good home by Christian parents. Yet the shocking realization hit him like ice water: I really didn’t know how to pray.

A couple days later, still struggling to take it all in, Todd called an old friend, his former Bible professor, asking if he could come for a visit. His professor, Dr. Warren, warmly welcomed him to come. So not long after, he drove to the man’s office.

Dr. Warren was kind and gentle and his Christianity was the kind that made you feel safe, for he had a calm peace about him. In former years he had been a great influence in Todd’s life, and so it was only natural for Todd to turn to him for help now.

Dr. Warren welcomed Todd warmly into his office. “Todd, I’m delighted you called. Thanks for coming to visit,” Dr. Warren said as he offered Todd a seat. “Thanks for taking the time,” Todd replied with a smile. The two men sat down.

After they exchanged some small talk, Dr. Warren asked. “So what’s on your mind?” Todd swallowed hard, and then shared the circumstances that had led up to his visit.

“I understand what you are saying. I’ve been where you are,” said Dr. Warren thoughtfully. He paused, “It’s hard to believe, but people can write books on theology and Bible commentaries and scholarly articles—but still not have any idea on how to pray.”

“But Dr. Warren! You know how to pray. I’ve heard you pray. You are one of the godliest men I know. Something must have changed for you!”

“You are right!” Dr. Warren nodded. “Something did change. And it can change for you too. I think you have a very common problem, a problem that is wide spread throughout the church. It’s called APD—Arrested Prayer Development. That means you are suffering from the interruption of a healthy growing prayer life. What you need is the Scripture Prescription.”

“The Bible is God’s prescription for APD. The way to break through in your prayer life is to pray Scripture. Read Ephesians 6:17-18. Take the Sword of the Spirit, the Word of God, and ‘praying always with all prayer and supplication in the Spirit,’ pray! What God has brought together we should not separate. The Bible and prayer go together. Pray the Word.”

“All through history we see where people’s lives were revolutionized when they began the discipline of praying Scripture. Martin Luther, George Müller, Hudson Taylor are just a few examples. Taylor’s children would wake up in the middle of the night to see their father reading the Bible and praying by candlelight. Müller said he struggled keeping his mind focused in his prayer time until he started praying with his Bible open before him. He would read, then pray, read then pray. Müller realized that when he allowed the Bible to set his prayer agenda, he ended up praying for many more things that he would have normally prayed for: prayers of confession, prayers of adoration, prayers for the outcast, bold prayers of faith and more. What changed these men and their prayer life is what has also changed mine—praying Scripture.”

As Dr. Warren and Todd continued to talk together, Dr. Warren laid out the following prayer principles. These principles are not only the keys that Todd needed that day. They are the keys we need as well.

• Choose a book or passage of the Bible

• Read a few verses each day

• Reflect on what you’ve read, taking notes on key points

• Read the verses again, letting them sink into your heart

• Then PRAY the passage in your own words, making it personal.

• At first it may seem awkward, but the more you follow the “read-reflect-pray” method, the deeper your prayer life will go.

Todd followed Dr. Warren’s advice and a few months later when they talked again, he was a different man. “Praying the Word has completely changed my life!” He told Dr. Warren enthusiastically. “Thank you so much!”

Todd’s mom wasn’t healed; at least not immediately. She was still receiving treatment when Todd shared this testimony, but Todd was at peace as he had found the strength he needed. Most importantly, he had finally learned how to pray.

Melody Mason is the coordinator for United in Prayer for the General Conference. This testimony is an excerpt from her newest book, Daring to Live by Every Word: Loving God with Heart, Body, Mind, and Soul.