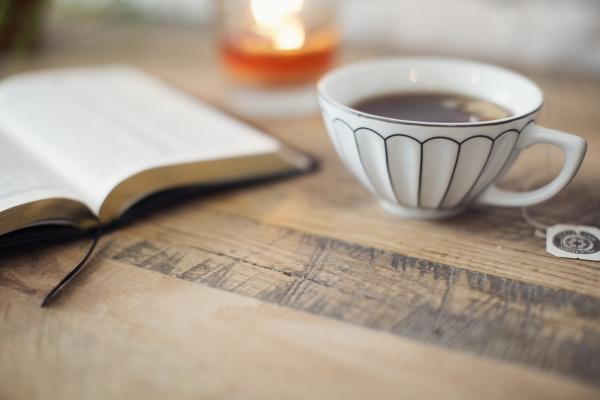 The Lost Bible on the Tea Table

George*, one of my Egyptian students at Middle East University, asked one day if he could talk to me privately. As we sat in my office, he began to share with me some of his personal struggles, as well as his desire for God’s help.

“My father moved to Kuwait to support my family, and I’ve only seen him six times in my life. He is coming to Egypt in April. I want to go see him during Spring break, but I don’t have the money.”

While George’s father is Adventist, his mother is Orthodox. Because of this, George has not been able to make up his mind to which church he belongs. So he regularly attends both churches.

As I listened, George continued to share his disappointment about a romantic relationship that was not coming together as he hoped, as well as problems he was having with his cousin, his only relative in Lebanon.

“I don’t know why I have so many problems. I pray, but it seems God doesn’t listen to me. I don’t know what to do,” George said sadly.

“God has a plan for your life, George,” I encouraged him. “He always listens to our prayers and we need to hold on to Him during every trial. However, if you want to know God’s plan for your life, you need to ask God to reveal His will to you through the Bible.”

“I pray, but I don’t read the Bible,” he acknowledged.

I prayed silently for wisdom as I opened my Bible.

“George, every day I open the Bible and ask God to speak to me through His Word. And this old book comes to life, because it is not just a book, but God talking to me personally through these pages, answering my daily questions.” George listened as I continued.

“If you aren’t used to reading the Bible, why not find a subtitle that captures your interest and starting reading there.”

I flipped though a few pages and found an interesting subtitle. “Here, like this one: Elijah’s Mount Carmel Victory.” I paused, then began to read the section to George. “How long will you falter between two opinions? If the Lord is God, follow Him; but if Baal, follow him” (1 Kings 18:21). George listened intently.

“Maybe God is asking you the same question. Maybe you need to make a decision. Are you willing to follow God despite your problems and your belief that He’s not listening to you?” George nodded.

It was time for another appointment, so we prayed and George left my office.

The next day I saw George, and asked him if he had opened the Bible yet. Excitedly, he told me that he had lost his Arabic-English Bible several months earlier. However, right after we’d prayed the day before, he had gone up to the foyer in the church where students have hot drinks, and his Bible was there on the tea table.

God was already rewarding George for his small steps of faith, by sending an angel to bring his lost Bible back into his hands. George is pressing forward in faith, and believes that God wants to answer his questions through the Bible.

Carlos Biaggi teaches Business at Middle East University in Beirut, Lebanon. *The name and country of student have been changed.