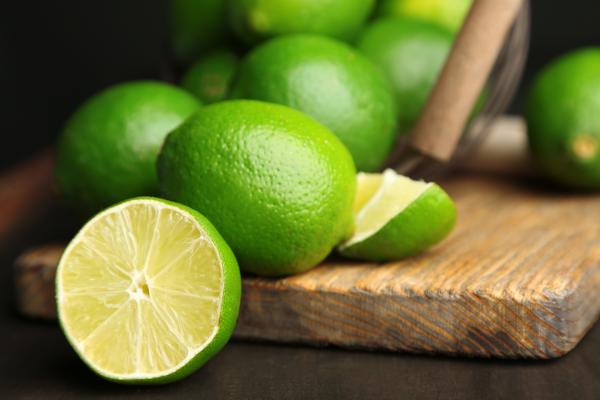 The Strange Cure to an Indonesian Man's Blindness

The mission plane dropped off my friend and me at the foot of a mountain in Papua, Indonesia.

We went into town to do some last-minute shopping before climbing high into the mountains to start our year of student missionary work. We didn’t have much money, but we saw one thing that we wanted at the main market: a bag of green limes. We loved limes, and we knew that we wouldn’t find any on the mountain.

Two weeks later, we reached the mountain village of Tinibil, unsure how to share Jesus. We had received training from the 1000 Missionary Movement organization, who had sent us to the village, but we couldn’t figure out how to interest the villagers in the gospel. We had been trained to pray if we didn’t know what to do, so, we prayed.

As we were hiking between villages one day, a man from our village asked us to take a look at a blind relative named Marius. We went to Marius’ home and asked him what had caused him to go blind two years earlier. “I don’t know,” he said, shaking his head. “It happened all of a sudden.” The other villagers, however, had no doubt what had caused the blindness. They blamed evil spirits.

Marius and his family begged for help. They asked for medicine and for prayers.

My friend and I didn’t know what to do. We returned home and prayed, “Lord, if this is the way for our missionary work to begin, please perform a miracle.”

We remembered the bag of limes that we had purchased down the mountain. We weren’t doctors, but we knew that limes had medicinal qualities. When we went to Marius’ home the next morning, we took a lime with us. We sliced it in half and prayed. Then we squeezed a few drops of lime juice into his eyes and prayed again. In the afternoon, we returned to Marius, prayed, and squeezed a few more drops of lime juice into his eyes. Then we prayed again.

We did this every morning and evening for a week. Nothing happened, and we considered giving up. But after the second week, Marius told us that he could detect light for the first time in two years.

We felt encouraged and prayed even more.

A month passed, and Marius announced one day that he could see a little.

That same day, we ran out of limes. We didn’t tell Marius that the limes were gone. We told him, “From now on, we have a new treatment. We are going to pray.”

We met twice a day to pray with Marius.

Several weeks later, we arrived to find Marius gazing at a field near his home. He was walking around freely. He could see! Marius told us that he didn’t have perfect vision, but he could see enough to live a normal life. Marius was overjoyed, and he told the other villagers that Jesus had restored his sight by defeating evil spirits.

This opened the door for us to share the gospel. The news about the miracle spread across the mountain, and people began to contact us for prayers and medical help. They insisted on calling us “pastor” and “doctor,” even though neither of us were pastors or doctors. They wanted Bible studies. This was an answer to prayer. Seven people were baptized.

Ceren Wuysan, 27, served as a student missionary in 2016. He is now a theology student at Universitas Klabat near Manado, Indonesia. Do not try lime juice as an eye medicine at home. This story is reprinted with permission from AdventistMission.org.

• PRAYER REQUEST: Please pray for the believers hidden away in jungle mountain villages around the world like those in Papua, Indonesia. Many have no access to the outside world, to Bibles or spiritual resources that would help grow their faith. They need missionaries like Ceren to help them become more grounded in the truth.

• PRAYER REQUEST: Pray for the refugees that have resettled in North American and Australian cities—that God will help them as they seek to learn the language, get jobs, and adjust to a new culture. We pray that they will come to know Jesus.

• PRAYER REQUEST: Pray for mentors in North American and Australian cities who are willing to learn how to reach resettled refugees from different faith backgrounds. (There are resources available at:www.reachtheworldnextdoor.com)

• PRAYER REQUEST: Please pray for the decisions for Christ that will be made this week in Ghana, West Africa, as evangelistic meetings continue in that region.

• PRAYER REQUEST: Please continue to pray for the upcoming Total Member Involvement events scheduled later this year in Japan (May 4-20, 2018), Zambia (June 8-23, 2018), and the Philippines (July 13-28, 2018). Japan is a difficult territory and needs special prayer emphasis and focus over these next several months.

• PRAYER REQUEST: Please pray for the Japan Youth Rush program. Unlike North America Youth Rush where they have 10-week program once a year during the summer, Japan has four 3-week programs throughout the year during the months of February, March, July, and August. One of the programs is currently in progress. Pray for the young people and the leaders, and that they will find many open doors to share their spiritual literature so that hearts will be prepared for upcoming meetings.