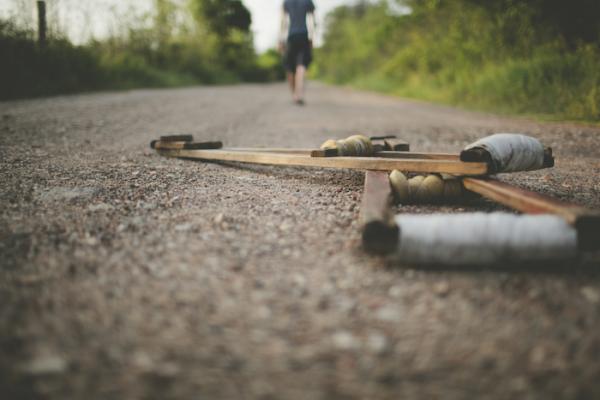 By Willie and Elaine Oliver

Dorcas was 17 years old and in her final year of secondary school. It should have been one of the happiest times of her life—as she looked forward to adulthood and significantly expanding her social circle—but the reality of her life was very far from idyllic.

The stress and pressure of a government exam that would determine what discipline she could study in university weighed heavily on her mind. The worry was not so much about being able to pass the exam, although that was in some ways a source of anxiety. Her psychological uneasiness was caused by her fear of disappointing her parents—who she loved very much—in her choice of profession. They had mentioned several times that she should become someone great like an engineer. After all, they offered, she had the brainpower to accomplish this lofty and desirable goal.

Her passion was early childhood education. From the time she was a very small girl her dreams had been about teaching young children to read and write. What could be more important than that? In her mind’s eye she saw herself in front of a classroom filled with excited and bubbly six-year-olds eager and enthusiastic to learn. To be sure, she was still very far away from that reality and very close to choosing the exam that would lead her down the path she identified as her purpose, rather than the one involved in processing mathematical calculations that she believed her parents envisioned for her.

The uncertainty in her thoughts became so intense that the emotional toll spilled over into the physical realm, affecting Dorcas’ capacity to use her legs. Almost instantaneously and without warning, her legs refused to work, rendering her incapable of standing, let alone walking.

Her parents became increasingly alarmed at her unexpected physical impairment, rushing her to the nearest emergency room, and subsequently to every medical specialist in town. The outcome was the same each time. No clear diagnosis was made, and no identifiable reason was found for her condition.

With a degree of desperation and looking for spiritual answers about a condition that had baffled medical professionals, her parents shared Dorcas’ dilemma with us. At once I (Willie) suggested Dorcas speak with Elaine—a counseling psychologist—to determine whether there was an emotional dimension to the physical manifestations being experienced.

After an hour of conversation with Dorcas, and careful exploration to determine a probable cause for her condition, Elaine called me over to pray for God to intervene in the life of this charming and promising young woman. After my (Willie) prayer on Dorcas’ behalf, her parents drove her home. We went back to our hotel room and prayed again on behalf of this daughter of God, before going to sleep.

What an incredible surprise was ours as we walked across the parking lot towards the airport terminal the following morning! We heard a familiar voice calling our names. As we turned to acknowledge the caller, our eyes were filled with awe and tears as Dorcas, aided by her parents, walked toward us beaming with joy and a definite measure of confidence.

God’s healing power had done it again. With His infinite love and compassion for this stricken daughter of His, He had healed both her mind and body, bringing congruence, stability and peace to her soul.

Regardless of what needs you are facing today, rest assured God sees, knows, and cares, and is able to do much more than you can ask, think or imagine. Trust Him today and always as you purpose to live for Him each day.

Willie and Elaine Oliver are directors of the Department of Family Ministries at the General Conference World Headquarters in Silver Spring, Maryland, USA. The name Dorcas is a pseudonym.

• PRAYER REQUEST: Please pray for Willie and Elaine Oliver as they continue to lead the Family Ministries Department for the General Conference. Pray that they would continue to have divine appointments as they lead families closer to Jesus.

• PRAYER REQUEST: Please continue to pray for the Total Member Involvement evangelistic meetings that are currently in progress across India. The meetings run June 12-30, 2019. Pray for God to work in a mighty way in these meetings!

• PRAYER REQUEST: Pray for those who will be speaking and sharing in the Total Member Involvement meetings in India. Pray that God prepares the hearts of people, even now, to receive His Word. .

• PRAYER REQUEST from Elder Wilson: Pray for God’s power in increasing our church members’ attention to reach the enormous metropolitan population centers in every division around the world where over 50% of the entire world population now live.

• PRAYER REQUEST from Elder Wilson: Pray for religious liberty and freedom of conscience in countries where personal freedoms are curtailed, limited, or almost non-existent.

• PRAYER REQUEST from Elder Wilson: Pray that all church members and church leaders will hold the Holy Word of God as authoritative for our personal living and the life of the Church in these last days of earth’s history! Pray that people will be not be influenced by society and its humanistic views but rather completely influenced by God’s Word, the Bible.