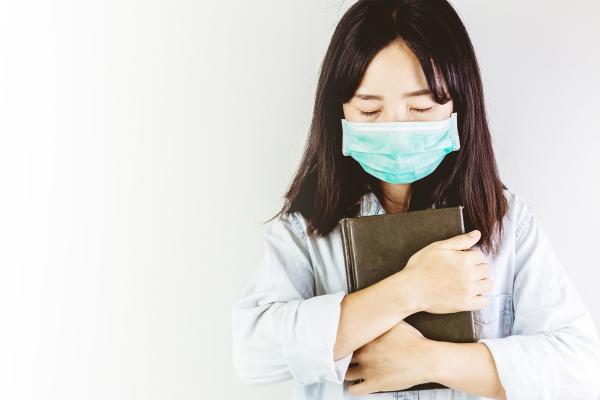 Every time God says “No” it is to leave room for His “Yes” to something greater.

When God told me to cancel my flight home from the Philippines, I did not know how long I would be “stuck” on the campus of Adventist University of the Philippines. When God says “No,” we often have no idea why...and sometimes those answers will only come in eternity. This time, the answer came after 80 days of lockdown.

The Adventist University of the Philippines usually is a beehive of activity as several thousand students study, work, worship, eat, play, and sleep a little. Days after my arrival, the campus was on official lockdown. The curfew at first was 8:00 p.m., then 6:00 p.m. Eventually, the armed security force prevented students from assembling with anyone outside their own dorm. Finally, the students and staff became severely limited where they could even walk on campus. The once busy campus looked like a tomb.

God said He wanted a great revival there and that students and faculty would champion this revival and become mighty disciple makers for Christ. I wondered how this would happen with no right to hold mass gatherings. God always has a way.

The pastor and the university administration joined me in praying for solutions. Finally, we received the green light to hold a 6:30 a.m. meeting in the mornings in an outdoor amphitheater to disciple students. Students had to sit with social distancing. Who would come? What student would want to sit with such an unnatural distance away from their friends and classmates?

God had already worked behind the scenes on the hearts of the students. Thirty came, then fifty, eighty, one hundred, and finally over one hundred and twenty! They sang beautifully, studied the Word diligently, but were conspicuously silent when invited to testify about what Jesus was doing in their lives.

As the days turned into weeks, the students learned and began to practice seven principles of living daily as disciples of Jesus. Students were surprised to discover that when they made a covenant each night with God according to Isaiah 50:4 to awaken them, that God Himself would actually awaken them each morning to spend time with Him in His Word and in prayer. They were in awe to think that the Master of the Universe would care enough about them to wake them up just to spend time together!

The students began practicing full surrender to Jesus as Lord first thing each morning. They surrendered all they had, all they were as a person and all their attitude. With Jesus at the wheel in control, their habits, lifestyle, and conversations began to change. Students who had been unable to forgive family and friends found the peace of forgiveness through the power of Christ. Students who were a slave to addictions were freed by the Savior. Lives were being transformed by the power of the Holy Spirit.

Students who had been too busy for God’s Word, returned to the Bible to discover a fresh picture of Christ each day. For the first time, many students began asking for and receiving a fresh baptism of the Holy Spirit daily. With new lives, came testimonies.

The early morning discipleship sessions became filled with testimonies of the power of Jesus to transform anyone. Professors listened in stunned silence because testimonies were rare on campus. They were shocked to hear students whom they knew as being silent about their faith boldly testify of their new life in Jesus. The professors invited their colleagues to the early morning meetings.

Soon the faculty asked if they could have discipleship sessions just for them. A strong group gathered again and again, Bibles in hand, to seek after God. These faculty couples began holding revivals in their homes via Zoom to reach more of the teachers and staff. Students took the revival to twelve dormitories and the Holy Spirit moved mightily through the voices of the students.

The roommates of those transformed students began asking many questions: “You have been my roommate for many years and never have told me about Jesus. You are not living like you used to! Why? What is happening? You have a peace even in all this stress of COVID-19. You have a joy we don’t have. How do we have what you have with Jesus?”

Students who were Catholics, nominal Adventists, and agnostics became disciples of Jesus. Baptisms became a regular occurrence. Some of the most staunch atheists on campus (shaken by the power of the changed lives of their friends), came to Christ, discovered the truth of Christ and were baptized.

I was amazed and in awe of God! He did more than I could have asked or imagined. So I figured logically, when the US Embassy in Manila said they were arranging an emergency flight to the US for any stranded US citizens, that my work must be done and I was to get on that plane.

I went out into the fields early the next morning and asked God if I could go home on that emergency flight. I waited on God’s answer with excitement and anticipation. That still small voice of the Holy Spirit spoke to my mind and my heart. “This campus has not yet returned to Me. Do not go on this emergency flight. You are not stranded. I sent you here. Cry louder for revival.”

I thought to myself, “How do you cry louder for revival, when you still can’t have mass gatherings? What more could I do?” I had no idea. I went to the president of the university and shared this message. We prayed together for wisdom. A few days later, God opened the doors literally to have a revival in the church for any interested faculty, staff and their families.

Every night of the revival, the faculty that had been revived already testified of how Jesus was giving them new life personally, in their marriage, and with their families. Their young, as well as their grown up children, went to the microphone and testified how God was changing their hearts and their home. The faculty crowd were moved by these stories, but even more so by the walking evidence of their colleagues on campus.

Some of the shyest students on campus pleaded for the Holy Spirit to give them boldness to be a witness to their family and friends. A few days later, one girl quietly testified that God had arranged for her to disciple 18 of her unbelieving family and friends back in her village via Zoom! Students, confined by lockdown to their dormitories, were sent like arrows from God’s quiver via Zoom to call whole families in many villages and cities back to Jesus Christ by holding revivals and teaching their parents, siblings and friends how to live as a disciple of Jesus.

The US Embassy emailed me to say they were scheduling another emergency flight May 31. I also learned that my Philippine Airlines flight (which had been cancelled about ten times) was supposed to be secure finally for June 14.

“God,” I asked, “Have I completed what You had on Your heart for me to do? Should I keep with the discipleship training until my June 14 flight or take this May 31 emergency flight?” I waited with expectation. God said, “Go! Take this emergency flight. I have champions here who will carry this revival and discipleship forward by My power. Go home!”

Joyfully I took the emergency flight to the USA and then, through multiple miracles, home to Alberta, Canada.

God is teaching me that His ways, His timing, and His purposes are far, far beyond my comprehension. My wife, April, and I are sorting and packing right now as we prepare to move back to the South.

Don MacLafferty is a disciple of Jesus, a husband to April for more than 30 years, a dad to Jason, Julie and Jessica and Founder/President of In Discipleship. This testimony was originally shared at Time to Get Ready Ministries.

• Pray for World Youth Day, which occurs this Sabbath, March 20, 2021. Pray that God will work above and beyond our human expectations for His glory!

• Pray for the plans for the upcoming global church camp meeting that will take place May 19-23, 2021. To learn more click here!

• Pray that we will awaken to our need for genuine revival and reformation.

• Pray that we will prepare ourselves spiritually for the greater crisis to come.