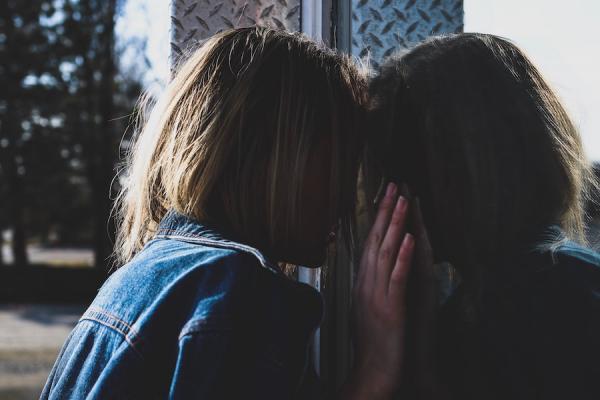 You Have No Authority Over Me!

In December 2014, I traveled to a city in Portugal for a spiritual leadership retreat. My friend Samuele and I decided to explore the city. As we approached the entrance of a famous cathedral, I noticed a bewildered-looking woman being held by a worried-looking man. A nervous-looking Catholic priest stood next to them, talking on his phone. I immediately felt uncomfortable. But we were in Europe. You mind your own business and move on. We did just that.

We entered the church and attempted to enjoy its architecture. I could not shake the feeling that something was very wrong. I shared my thoughts with Samuele, and we decided to leave. As we stepped outside, we saw the man and woman where we had left them. We walked briskly past them when suddenly I had an incredibly strong impression urging us to go back.

We stopped to pray, asked God to direct us, then turned and walked straight back to the church. I had no idea what I was doing, but I would not deny this clear command. I could only ask God to guide me because I didn’t speak a word of Portuguese.

The priest was still on his phone, so I approached the man holding the woman. I asked him, in English, “Is everything OK?” It was clear that he did not understand. He gestured for me to go away. I looked at the woman, who had remained more or less calm. Her eyes registered fear, struggle—and something very dark. Trusting God for my word selection, I said to her, “Believe in Jesus, and He will help you!”

As soon as I mentioned Jesus, she began to scream. In English, we heard, “No, no, get away!” It became very evident. A demon was controlling her. I kept praying. Aloud. I told her, “Trust in Christ, He will deliver you!” Her face grimaced strangely. She moved about wildly. The man held her tightly.

The demon made her cover her ears so that she wouldn’t hear the simple gospel truth of salvation in Christ. As I prayed out loud for God to free her from this demonic possession, I could physically feel an invisible pressure around and against me. A spiritual war was taking place that was not going unnoticed by the tourists. Their reactions were mixed.

“Leave her alone!” shouted one of them. A police officer walked over to stop me from praying and was intercepted by the priest. The priest told him what I was doing was right. I continued praying aloud and the demon, with its distorted voice, declared through the lady, “You have no authority over me!”

I responded, “But Jesus does!”

Samuele and I continued interceding for this afflicted woman. We did this for a few minutes when suddenly we felt a release of tension in the air around us. The demonic oppression had ceased.

We looked and saw the woman was calm but very weak. The priest and the other man put her arms around their shoulders and started walking her into the church. As they entered, the woman turned and looked at me. Her face was completely changed as she motioned a thank you.

We stood there, trying to process what we had just experienced. It was God who had arranged for us to meet this lady. It was God who had freed her from her dark troubles. All praise goes to God. We were not special. We were simply two young Christians who listened to the Holy Spirit’s guidance and believed in the power of prayer.

“These signs will accompany those who have believed: in My name they will cast out demons” (Mark 16:17, NASB).

Jonathan Walter is a pastor and works as Communications Manager for the General Conference Ministerial Association.